No, vaccinated people don’t make up 60% of new COVID-19 cases 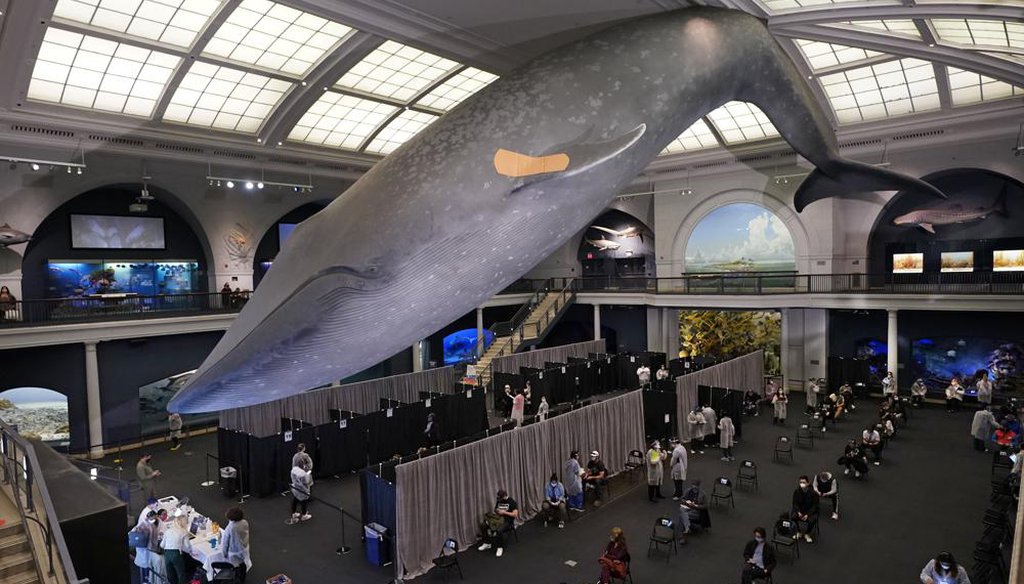 People rest in observation area after receiving COVID-19 vaccine at the American Museum of Natural History in New York. (AP)

The worldwide push to get people vaccinated against COVID-19 is based on scientific evidence that shows that vaccines help reduce the spread of the virus and minimize the severity of infections in those who have been inoculated.

“Yale public health professor suggests 60% of new COVID-19 patients have received vaccine,” reads a screenshot of a headline shared on Instagram. The article pictured goes on to quote Yale professor Dr. Harvey Risch: “Clinicians have been telling me that more than half of the new COVID cases that they’re treating are people who have been vaccinated.”

The post was flagged as part of Facebook’s efforts to combat false news and misinformation on its News Feed. (Read more about our partnership with Facebook.) It  was shared April 22 on Instagram by Leila Centner, co-founder of the 300-student Centner Academy, a private Miami school that made news a few days later for barring vaccinated teachers from having contact with students, citing debunked claims about unvaccinated people suffering adverse effects after being around those who are not.

The claim is wrong.

Risch made the comments in the post during an April 19, 2021, interview on “Steve Bannon’s War Room” video and podcast livestream. Here’s what he said in full:

Risch said that the American public is being “sold on” the COVID-19 vaccine, and that vaccine companies have “provided no information” on what the vaccines do to prevent the spread of infection.

Risch’s claim, which appears to be anecdotal, does not line up with what data shows about COVID-19 cases among those who have been vaccinated.

The CDC reported that as of April 20, 2021, more than 87 million people in the country have been fully vaccinated. Out of that number, 7,157 breakthrough cases, or cases in which a person gets sick with a disease after vaccination, were reported.

When those numbers are tallied up, the total number of breakthrough cases comes to only 0.008% of all fully vaccinated people. The week that Risch made his comment, April 12-19, there were 525,000 total new cases in the U.S, according to the CDC.  Even if all those 7,157 breakthrough cases came in that week (which is highly unlikely since vaccinations began in December) the percentage of new cases that came from people who had the vaccine would have been only about 1.4%.

Dr. Paul Offit, director of the Vaccine Education Center at the Children’s Hospital of Philadelphia, cited additional data from the Morbidity and Mortality Weekly Report published by the CDC on April 2, 2021, which studied 3,950 vaccinated healthcare workers and frontline personnel who received the Pfizer and Moderna mRNA vaccines.

The study showed that the vaccine was 80% effective after the first dose, and 90% after the second.

“It’s just more evidence that if you’re vaccinated, you’re much, much less likely to be infected, which is what the approval studies also show.”

Offit said that for the most part, all of the COVID-19 breakthrough cases have been mild or asymptomatic, and that the vaccine technology has worked extremely well in both pre-approval studies and now in the public.

“It was used to stop a virus which has had a number of clinical and pathological surprises,” Offit said. “It didn’t appear to have any serious side-effect in pre-approval studies with tens of thousands of people, and now we know it doesn’t seem to have any serious side-effect when it’s been in more than a hundred million people, you know, two hundred million doses are out there. It is remarkable.”

An Instagram post credits a Yale professor as saying that out of the new COVID-19 cases, 60% are patients who have had the vaccine.

The CDC reported that as of April 20, only 7,157 breakthrough cases have been reported out of 87 million fully vaccinated people. That’s 0.008% of the vaccinated population.